As the endgame of Lance Armstrong’s fall develops let’s remember that as well as a former hero he is a man.

As the endgame of Lance Armstrong’s fall develops let’s remember that as well as a former hero he is a man; son of a teenage single-mother, a professional athlete – in the infant sport of triathlon – from his teens. Remember also the pathetic fate of his baldy-headed, jug-eared rival ‘Elephantino’.

Don’t consider these people to be super-human. The beauty of their achievement rests on the fact that they have only two arms, two legs and two lungs, one heart and one brain. They are people like us. They are not super-humans, and they don’t become evil incarnate when it turns out they crossed an arbitrary line. Dishonesty and hypocrisy are deplorable, compassion and empathy, virtues.

Lance and Sheryl met at a charity dinner in 2003. Sheryl Crow is ten years older than Lance. He was the winningest professional bike racer in the World, she a big-time rock’n’roll singer. It’s reported Sheryl suggested they go on a bike ride. ‘The coffee grinder’ managed the request well enough that their romance lasted for three years. 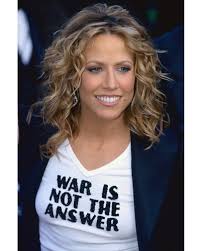 Economy of effort is a target, an object worthy of study for all. Make it look easy, or – at the very least – no harder than you want it to be. Efficiency can be used to arrive at the opera-house with every eye-lash, every grain of foundation, in perfect order, or to cover 40 kilometres in 55 minutes and pass the timekeeper with a beard of drool and snot; both are manifestations of control.

Many hard-riding, performance cyclists eschew ‘junk miles‘, a habit they carry into retirement. Does Ivan Basso ride with his wife? Did Jan Ullrich ever undertake a courtship by acting as amateur reiseführer? For me L.A.’s greatest achievement – the sign he really has some idea how to ride a bike – is his proven ability to ride slowly. Although, to be fair, some of his chosen leisure riding partners have been more than somewhat questionable.