The following first appeared in ‘London Cyclist Magazine’ – without the hyper-text – in May 1998 as promotion for Dunwich Dynamo VI, when the DD was still a pay-to-enter event with routing signs and a location breakfast on arrival at Dunwich Heath. The DD is now a free, traditional event, like Christmas, only with less eating and more travel. Then there were a couple of hundred, now nobody has to count how many happy pilgrims pass. Some details of route and stops have changed and the road to Dunwich Heath is still hanging on against the hungry sea. Mostly it’s the same. 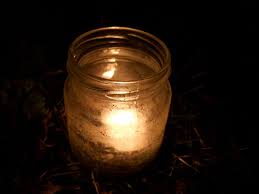 The following first appeared in ‘London Cyclist Magazine’ – without the hyper-text – in May 1998 as promotion for Dunwich Dynamo VI, when the DD was still a pay-to-enter event with routing signs and a location breakfast on arrival at Dunwich Heath. The DD is now a free, traditional event, like Christmas, only with less eating and more travel.

Then there were a couple of hundred, now nobody has to count how many happy pilgrims pass. Some details of route and stops have changed and the road to Dunwich Heath is still hanging on against the hungry sea. Mostly it’s the same.

“I began riding out to the Suffolk coast on moonlit summer Saturday nights in the far-off country of the 1980’s. Jez Hastings , editor and publisher of the tricycle fanzine ‘One too many’, suggested that this tradition could become a public event. On Sunday mornings races and rides, for larks are plentiful; how about one on Saturday night for the owls?

Jez ran a small wholesale business and his links with the bike-trade brought sponsorship from Mosquito whose location on the Essex Road has a pleasing psycho-geographical resonance. In 1992, the Dunwich Dynamo had it’s first edition.

At Eastway, the London Boroughs of Hackney, Waltham Forest, Newham and Tower Hamlets abut. The river Lee has been the divide between the old London County Council and Essex and before that Middlesex and Essex, and even earlier a peace line between the Danes and the Saxons. From Eastway you ride up Leyton High Road, the hill to Chingford and into the hanging glade of Epping Forest. After a wind through Moreton to dodge the A414, you join the Dunmow road at Fyfield. Unfortunately, many excited riders miss the first control at Leaden Roding where Mr. and Mrs. Knight and their extended family offer bread-pudding and coffee.
North of here on the roman line of the Dunmow Road the land is flat and the heavens wide. Early starters are not too late for chips in Dunmow.
Great Bardfield and Finchingfield are so cute they even look like picture postcards in the dark. The Hedinghams, last towns in Essex, feel out of commuter influence. At Bulmer Tye the road from Castle Hedingham sweeps into the highway for Sudbury. After the winding, rolling lanes of North Essex, this runs broad and level. If that’s not enough to spur you on, gravity soon will as the road begins – gradually at first – to descend.
Almost hidden in the rampant hedge is a big white sign that – for administrative convenience of putting all of Sudbury in one county – marks the borderline. The real crossing comes at the bottom of the hill where – after a shallow right-hand bend – the road bridges the river Stour and leaves the timber villages of Essex for the pink plaster of Suffolk. You feel the pattern of the country better without the distractions of the day.
Beyond the control at Great Waldingfield are the Suffolk prairies where once over-lit American cold-war bases are falling derelict; not all change is for the worse. Needham Market and the crossing of the River Gipping takes the route into its penultimate phase, silly Suffolk; silly is the old word for holy.
Ruined monasteries poke out of the woods and if the sun’s not up yet, it soon will be. Sometimes temperature inversions leave mist in the river valleys, while the fields between are sunlit. Foxes, rabbits and crows stare arrogantly at the bag-eyed townies.
From Coddenham to Pettaugh the way is once again pencil-straight. Does the hamlet of Stone Street commemorate a time when this was paved and all the rest was the kind of mire the 1990’s would call off-road?
If you ever ride this route alone, pick a line through Framsden and Framlingham and Bruisyard. For the tired sheroes of the Dunwich Dynamo, lulled by signs on every turn, this might call for too much thinking. They are sent along the A1120 whose sharp hills can make it a via dolorosa if the hot sun catches you still labouring.
A last phase running down behind Yoxford sees the soil turning sandy and the farmland drifting into heath. Too many bike rides end with an anti-climax, so the Dynamo promises a monster breakfast and, should you require it, a nice piece of cardboard on which to snooze away the morning.
For unconducted travellers the café on the beach opens at ten o’clock in Summer. Dunwich was once the capital of East Anglia and 800 years ago was as big as London. A storm blocked the river which killed off the port. Over centuries what remained of the town was washed away by the relentless tides.
The Dunwich Dynamo is the only bike ride that gets shorter every year. In years when the event runs at a loss and I am tempted to jack in the task of promoting it, I look forward to the season when the finish route will have to be changed because the road on which it now runs has been washed away; five more years is the latest estimate.
The inexorable transformation of the coastline reminds us that the permanence of change predates the modern cult of ‘progress’ and will out-last it even if we do succeed in recreating a sustainable way of living.